INTERVIEW WITH T.O.T FROM THE ''OMERTA'' HELLAS ZINE. 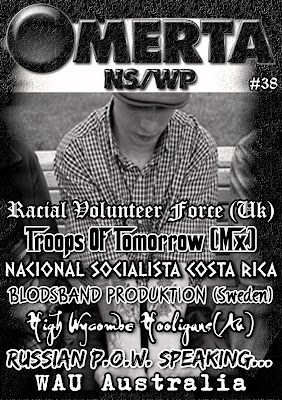 1) Greetings comrades! Introduce your organization to the Greek comrades! When did you formed? What does your name means?

Well, principally thanks for this space for express our words.
T.O.T means Troops Of Tomorrow, which is a WP/NS organization was founded in 2005 in Florida USA, under the ''Organized Resistance'' as way of fight.
T.O.T between its inception in 2005 to 2007 held membership in not only in the areas of USA, also in Brazil, Chile, Great Britain, Netherlands, Sweden, Argentina and Mexico (some divissions extinct actually, because the members joined to other National Organizations in their respective countries ). Since this time is active the Divission in our country (Mejico). Actually T.O.T have supporters in Russland

2) How many sections do you have already?

Really we have two active fronts actually: T.O.T ORGANIZED RESISTANCE Central movement in all the national territory, base of unification, ideal-formation for the future 'soldier' and propaganda, acting together with the other T.O.T Divissions around the world & the T.O.T WOMAN FRONT this is the support of our sisters created for educate's to the white woman to the real values of the National-Socialism and save (with Racial Conscience) the next generations and should fight to the Sionist and democratic garbage impact (abortion, drugs, prostitution, homosexuality...) Having some supporters people of our cause in other countries.

3) What is the way of activism do you support?

We support any type of activism that is TRUE in SPIRIT and REAL in ACTIONS as lifestyle of the White race.
An example was the method created by Tom Metzger and employed for many global W.P groups called W.A.R. (World Aryan Resistance) with the intention of fighting to Z.O.G in different ways, acting organized according to the field of action of each member It can be completely ''discreet'' way to the system and fight from the inside (Lone wolf) or also do so publicly with urban fight and propaganda, being the voice of the movement, public manifestations, simply the action of the true SKINHEAD (Street Soldier). But for obvious reasons these activities occur in the long term and our opinion is the only solution to create the RAHOWA. And NOT behind a P.C and a keyboard as currently do much teenagers. Of course use the network only what is necessary for the cause... '' less FACE, and More BOOK, Mein Kampf preferably Internet Warrior loser!!'' jaja.

4) Could you mention some organizations worldwide that you characterize as prototypes for you?

There are many organizations that we consider important in our movement principally in Europe, is appreciable the fight that currently make the Italian comrades of CASA POUND & ZENTROPA They cover many fields of action such are: the student block, cultural and identity associations, broadcast radio, gigs, massive demos, ecologist groups in all type of activism good organized. Also appreciate our Spanish comrades of CEDADE (Spanish Circle of Europe Friends) this people has obtained a great deal and respect at the global level for his history since its foundation in the 60's all zine's publications and the conferences made by their leaders are total support and real information to the European society in general for liberate them from the global tyranny of Z.O.G. B&H International, the HAMMER SKIN Nation, The Greek GOLDEN DAWN and the French FRONT NATIONAL are very strong groups too. Here in America the VOLKSFRONT and The CONFEDERATE HAMMERSKIN are allies of T.O.T International and the most important organization in this continent to our perspective is DER BRUDER SCHWEIGEN: FREE THE ORDER!

5) What is the situation there in Mexico? Main problems?

Definitely the situation in our country is complicated, the main problem is the violence by the drugs gangs or the principal ''Carteles'' (Mexican ''mafia'' drugs organizations) Current statistics indicate to Mexico how the most dangerous country in the American Continent above countries how Colombia or Venezuela in south America, and other data show to c.d Juarez city how the Front line most dangerous in the World (similar to Gaza) , Here occur of 5 to 10 executions by day for this cause, mutilated and decapitated bodies with revenge messages is very common in this soil (even so come the stupid and liberal scum students spring-breakers vacations to our beaches and all disco lounge's jeje). The south American and Chinese Immigration is other problem the first people come from his countries to find the ''American Dream'' (much people think that all immigrants are mexicans brown sickness but is not so is the 50% total) and many stay here in the principal cities because they don't cross the north Front line, others for try are killed by the same drugs Mexican organizations. The seconds... the ''gook'' Chinese come for ''piles'' to buy local establishments and do business of any kind. The Antifa' SHARP, RASH scum is other problem but not of importance. SOMEONE'S ''brown'' non-white people that believed ''N.S '' (Chocolate-Nazis) with an high prejudice and low self-esteem and ´´discriminated´´ to the White mexican people most to the white youth for the only reason:
Be White (is not Joke!)

6) How do you activate about propagandize our ideals?

We do it for the resources that we have such as posting thematic propaganda in the streets according the acts or ZOG Movements in our country or in the rest of the World, support to our POW's, trough of N.S /Music we have a Project of H8Core/R.A.C. Band called DiskriminaThor88 (Unfortunately we do not have a demo yet) we have participated in some rallies how in the 2005 year for the freedom of The ORDER brothers, in 2008 we did in the part of World Wide David Lane Memorial through local activism, also in 2009 we organized in conjunction with others old comrades of our city a pair of conferences having as expositors to Pedro Varela from Spain (CEDADE /Libreria Europa) and to the best mexican revisionist writer Salvador Borrego with a positive result of this act. Actually we organized talks of information for the youth about current issues and news of the Z.O.G movements around the world and we think in establish a gym and train again Mixed Martial Arts and follow with the next projects for our noble cause.


7) How do you see the White Race’s future worldwide in the next years?

I'think Obviously that the future is in our hands, but everyday the Z.O.G puts more traps in all possible ways trying to silence our voice. In all parts of the world there are different mechanisms (economic, ecological, social-politic, drugs traffic) used by the Jewish ''puppets'' but the most important is the will and strength for fight with this shit and not lost the collective mind how one and white pride race, never fall in stupids psychologist games how is the cowardice or pessimism, see the future how a next battle for our freedom with natural and positive eyes, not ''crying'' or ''complaining'' for this destiny. False laws, A.C.A.B's, jails until death and more obstacles is the sacrifice for our race and are taken by our brothers with honorably.

8) What have you heard about our movement here in Greece?

I have heard very good things as example: two years ago came to visit us an Greek skinhead comrade (Vaggelis) he showed some vids of demonstrations of the GOLDEN DAWN and B&H HELLAS movements in Athenas and others greek cities is amazing the number of comrades and the organization with which they taken to the streets with the Greek flag in the hands, also we saw some scenes of comrades fighting with the antifa' and A.C.A.B's pigs. This visit was good experience, good chatter with comradeship, chants, beers and tequila drinks.
I' had contact with some PAGAN FRONT/TOTENKOPF PROPAGANDA member (Jarl von Hagall DER STURMER) and Athalwolf from WOLFNACHT NSBM Band.
Another T.O.T member interviewed to some OI/RAC bands from Hellas how NO SURRENDER, POGROM and LEGION HELLAS for his zine' called ''Golpe a Golpe'' (Kämpfer zine today) personally I' like too the greek bands: FILOPATRIA, WHITE PRIDE ROCKERS and WAR CRIMINALS.

9) Hope the best for your struggle comrades! Close with your own message to our people! Hail Victory!

Thanks for this interview and stand up Hellenic people resists against the Jewish banker and all economic control and his putrid system. Hellas is rich in culture, traditions and a strong civilization. This is not forgotten.. ''They have Everything... and us have what lack them'' 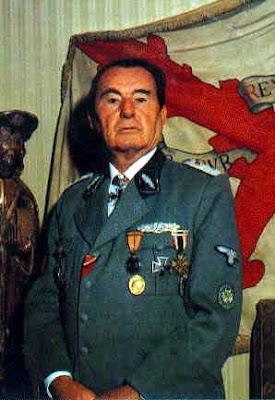 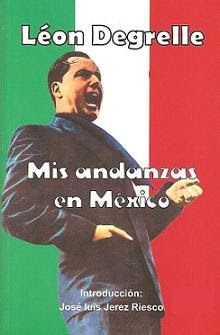 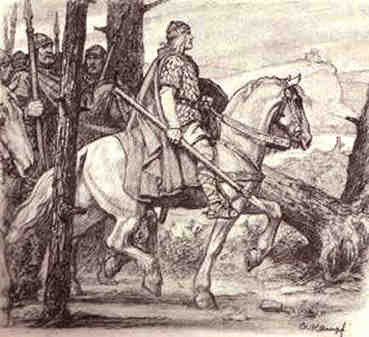 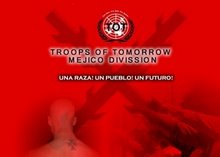 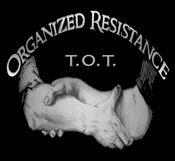